11U Falls in Semi-Finals at 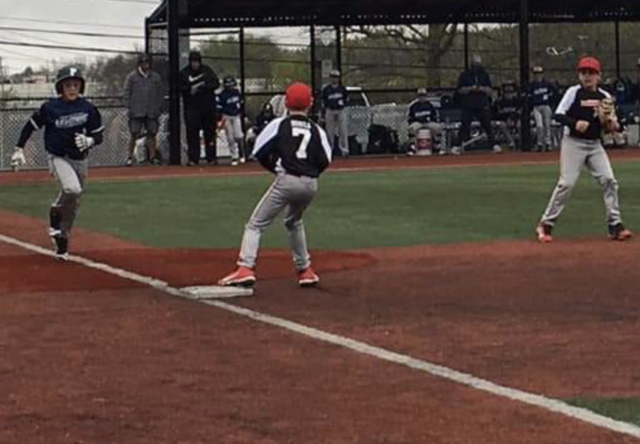 Chester, NY  -  The Niskyuna 11U team won and tied on Saturday, earning a spot in the semi-finals today.  In game one, Nisky defeated the NY Gold Warriors 15-2, behind 2 hits each from Alex Kerr, Cam Grasso, and Willem Greene, with Grasso and Kerr each knocking in three runs.  The big blow was Kerr's 3-run blast which put the game out of reach.  Kerr also combined with Grasso and Sami Chowdhrey on a 2-hitter.

In game two, a 10-6 lead slipped away as the New Jersey BlackBears tied Nisky 10-10.  Matthew Hand, Grasso, and Alex Johnstone each had 2 hits, while Jackson Horner and Braden Fields both knocked in 2 runs.

Nisky fell to ENY-rival Poughkeepsie in today's semi-final, despite 2 more hits from Grasso, who was 6-for-7 on the weekend, with 2 doubles, 4 RBI, and 6 runs scored.